The Utahraptor or Raptor is a swift carnivorous dinosaur found on the Ark. The Raptor can uncommonly be found in packs or chasing after a fleeing Parasaurolophus during hunting.

The Raptor is a relatively large dinosaur with feathers on the head, back, tail, and on the backs of the arms. They come in a variety of colors, although green and reddish brown seem to be the most common with black being rare.

Raptors will attack dinosaurs and players on sight. They attack with a "run-and-bite" strategy, making it difficult to defend against an onslaught. A dangerous predator to encounter in the dark, Raptors are nearly impossible to fend off when attacking in packs and aided by darkness. The Raptors often attack from different directions, using this method to take down prey while avoiding damage. Due to their high speed, they are hard to flee from during a player's early levels, and it is advised to make for deep water if attempting to flee an attack or run behind a door and immediately shut it.

Knocking a Raptor out can usually be done by two head shots with tranq arrows(depending on your melee damage). Raptors can be tamed (varying on taming already done by player) by feeding them around 30~40 Raw Meat, and 40~50 Narcoberries (or around 10 Narcotics). A tamed raptor has an attack style similar to the Dilo's, though they are larger, faster, tougher, and more powerful. Raptors are well suited for hunting in a pack, it is highly suggested to tame 2 or more. They are able to be ridden once a saddle has been crafted (obtainable through engram points once player reaches level 15).

Having a small group of tamed raptors can be a huge advantage to the player early on, able to faceoff against a Carnotaurus.

Raptor lay eggs, which are the main ingredient in the preferred kibble of the Mammoth.

Raptors can be found throughout the island, but are most commonly found around beaches and river areas.

Raptor's eggs (which its now hatchable) are primarily black with red spotting. Taking an egg within the area of a wild Raptor will result in aggro (though to be that close they would probably already have you in their sights).

Trivia not relevant for the game 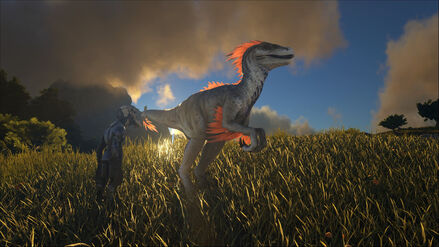 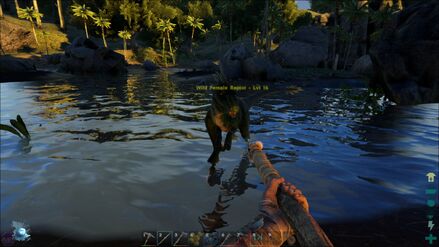 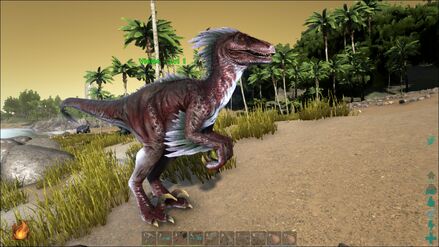 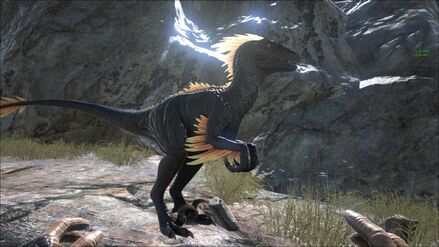 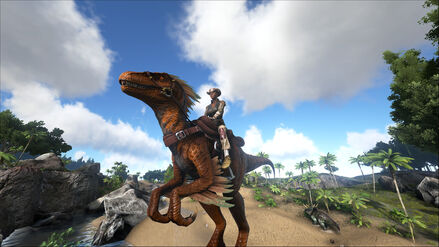 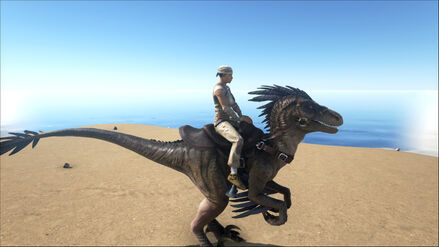 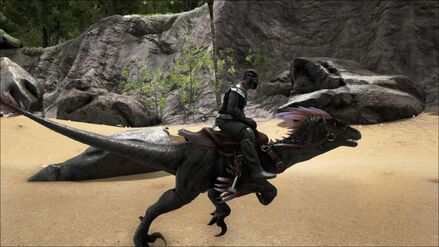 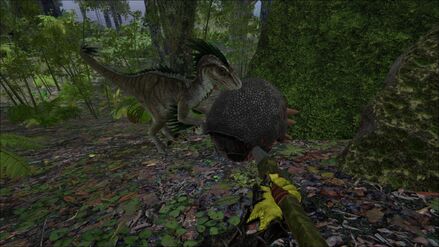