ARK: Aberration is a DLC for ARK: Survival Evolved. It is included in the Season Pass or can be purchased separately for $19.99 USD. It releases on December 12th, 2017 on Steam, PS4 and Xbox One. It adds several new items, creatures, a new boss, and a new map.

Survivors will spawn on a malfunctioning ARK in an underground biome. The atmosphere has leaked away, making way for intense radiation and a harsh environment. This has led to unique genetic mutations as creature and fauna have had to adapt to survive. Among them are the camouflaging Rock Drake who can climb up walls and glide through the air. Light the way with the help of the friendly Bulbdog. Grab and toss multiple creatures with the massive Cave Crustacean. Although it will take a skilled player to tame one, the Reaper Queen would be worth the effort as her ability impregnates foes with a horrible reproductive chest-burster.

Players will find themselves far from alone in Aberration. Countless "Nameless" creatures roam about and they are the among the greatest challenges players will face. They will require constant vigilance, and have a hierarchy system that includes a powerful master in the deepest depths of Aberration. Players will need to find ways to defend against their continuous attacks.

The Edge is dark and covered in rock and crystals. Water is availble but harder to access.

These creatures already exist in ARK but are changed to their Aberrant versions in the DLC. They commonly have a glow effect. 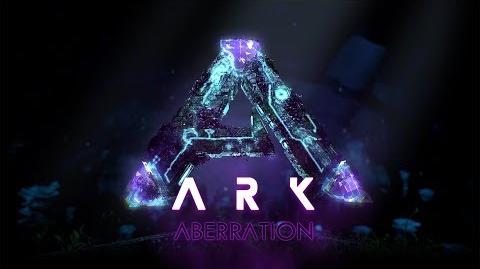